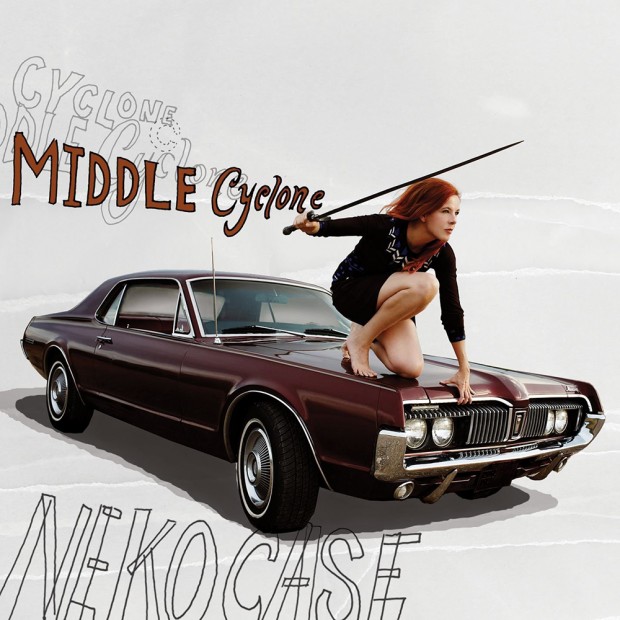 Sleepy Hollow’s Julian Booker and Keith Kelleher continue their profiles of potential “Greatest Years in Music” with a look at 2009.

Moving ahead from our last post that chronicled some our favorite music from 1997, the Sleepy Hollow crew takes on the final year of the first decade of the 2000s!

2009 was a year heavy on well-established pop acts like the Black Eyed Peas, Lady Gaga, and Beyonce, with plenty of hip-hop (Flo Ride, Kanye West), the occasional singer/songwriter (Jason Mraz), and modern rock acts (Kings of Leon, The All-American Rejects) finding success on the year end Hot 100. The Top 200 Albums chart follows in much the same way, dominated by late-2008 releases from Taylor Swift, the aforementioned Beyonce, and Canadian rockers Nickelback.

Though still beneath the mainstream radar, independent releases from Animal Collective (with their career defining electro-psych masterpiece, Merriweather Post Pavillion), the moody downtempo-synth experiments of The xx’s debut, and the infectious, pop-centric indie rock of Phoenix’s Wolfgang Amadeus Phoenix all placed well on the the album charts thanks to the ever-more important nod of approval from on-line taste makers like Pitchfork.

And while we lost influential artists in singer/songwriter John Martyn, singer/pianist Blossom Dearie, percussionist Joe Cuba, and multi-instrumentalist and former Wilco member Jay Bennett, it was the death of arguably the biggest pop star in the world, Michael Jackson, that loomed heaviest over the music industry.

Below we feature some of our favorite releases from 2009 that made great impressions on us here at Sleepy Hollow. Enjoy!

Neko Case’s first solo effort since her remarkable 2006 album, Fox Confessor Brings the Flood, follows the trajectory that the singer has been on since 2002’s Blacklisted: every time we think Neko Case has released her best record, she releases another, and we think the same thing again, and again, and again. Juxtaposing her wondrous vocals, big enough to shake a building, with understated instrumentals heavy on acoustic guitar, orchestral strings, and warm, reverb-laden electrics, Case doesn’t change her formula as much as she continually makes her approach more affecting. Her poignant naturalism on songs like “This Tornado Loves You,” “Never Turn Your Back on Mother Earth,” “I’m an Animal,” and the stunning title track fit so hand-in-hand with the organic production that the music sounds born of the soil itself. And if our theory proves true and 2013’s The Worse Things Get, the Harder I Fight, the Harder I Fight, the More I Love You is Case’s best work to-date, then Middle Cyclone is an album that most major artists would happily take as their finest hour–an essential entry in the catalogue of one the most important artists today. – JB

The growth that Grizzly Bear showed between their 2004 debut Horn of Plenty and 2006’s Yellow House was, in a word, staggering. While discord and cacophony were still well within the band’s vocabulary, Yellow House’s lush, orchestral arrangements were miles away from the promising, but decidedly lo-fi, bedroom experimentations of Horn of Plenty. Much of this can be attributed to the band, well, becoming a band. It was now more than just a recording outlet for founder Ed Droste. Still, their third full-length, 2009’s Veckatimest, was the landmark for the Brooklyn quartet, with producer (and Grizzly Bear bassist) Chris Taylor providing Droste and guitarist Daniel Rossen’s compositions with warm electric pianos and lush harmonies that resonated in a way their (still very fine) previous efforts could not. These were very intentional pop songs that, rather than simply pulling from the pop canon, turned that very canon on its side with a truly new and exciting approach to the form. And though it was released on the relatively small label Warp Records, Veckatimest debuted at #8 on the Billboard 200 and would go on to sell over 200,000 copies. The public’s acceptance of the band and their sublime single “Two Weeks,” was an indication that independent acts were inching ever closer toward the public consciousness, what’s more, Michael McDonald sings on an alternate version of “While You Wait for the Others,” and honestly, what could be better than that? – JB

Califone – All My Friends Are Funeral Singers

Though unknown outside of their devoted cult following, Califone had been releasing records for some eleven years before their seventh album, All My Friends Are Funeral Singers, was put out on Dead Oceans in the fall of 2009. Like fellow Chicago indie rockers Wilco, Califone had become known for their ability to dissect and deconstruct their compositions into a place that puts their music squarely between acoustic Americana and avant-garde experimentalism. But, where Wilco has used this approach somewhat sporadically, Califone and its sole constant, songwriter Tim Rutili, have made a career out of it. On ..Funeral Singers, Califone colors warm, resonant acoustics with dark tones of found sounds, dialogue clips, and noisy electric guitars that create something more akin to cinematic noir than “indie rock” (which shouldn’t be surprising to listeners since Rutili is also a filmmaker). And while this can occasionally cause a jarring effect, Califone finds moments of almost inexplicable beauty amongst the album’s more experimental moments, especially on the sparse title track and the album’s center point, “Evidence,” which can be heard below. – JB

Toronto-based Great Lake Swimmers, and their principle songwriter, Tony Dekker, attracted notice for 2007’s carefully crafted Ongiara, an album that became a springboard for 2009’s even more impressive Lost Channels. It earned the band nominations for the Polaris Music Prize, a Juno Award, and a Canadian Folk Music Award, nominations that are well-deserved, as this is not simply another acoustic folk album, but a work that does a remarkable job of presenting a sense of place and time. For Lost Channels, that’s winter in Ontario, and Dekker & co.’s ability to impart how that feels through each of the album’s twelve songs that sets it apart from nearly every other album released that year. And while there are many great examples of this, it is on Dekker’s tribute to Toronto, “Concrete Heart,” where he reaches the peak of his songwriting powers, singing:

Antony & The Johnsons – The Crying Light

Haunting, otherworldy, mesmerizing–these are just a few of the words that come to mind in listening to the voice of Antony Hegarty of Antony and the Johnsons, an evocative force that came onto the music scene with the help of Lou Reed years before, but hits his stride on The Crying Light. An androgynous voice with avant-garde sensibilities that stops you in your tracks when first heard, this collection of music is perfect for the border that is the darkness of night and the cusp of light that is dawn. – KK

Joe Henry – Blood From Stars feat. “This Is My Favorite Cage”

If ever there was an artist that fit the tone of Sleepy Hollow perfectly, it is Joe Henry. With each release he languidly evokes the slow, soft & thoughtful part of the day that is dawn. His lyrics are always glancing wisps of inner conflict and tension of love and the experiences of living. His instrumentation is always subtle and engaging. A nylon flamenco guitar string to overlapping percussion to muted horns: they blend into a dreamy balance of uneasiness and calm in the same moment. – KK

Various Artists – Dark Was The Night

A two disc set that draws on all the experiences of life in all its beauty and struggle, Dark Was the Night is a great compilation put together by Bryce Dessner and the people who have brought you the Red-Hot compilations in the past and have done many collections to fight the AIDS epidemic. Scattered throughout are songs with dark themes and folk elements of past classics. Complete with a staggering array of artists such as Iron and Wine, Cat Power, Andrew Bird, Connor Oberst, Feist and others, it contains a wonderful assortment of music appropriate for the quiet hours of Sleepy Hollow. Not all the tracks on this double disc set on 4AD records is for the Sleepy Hollow experience, but you’ll find many that will wake you gently. – KK