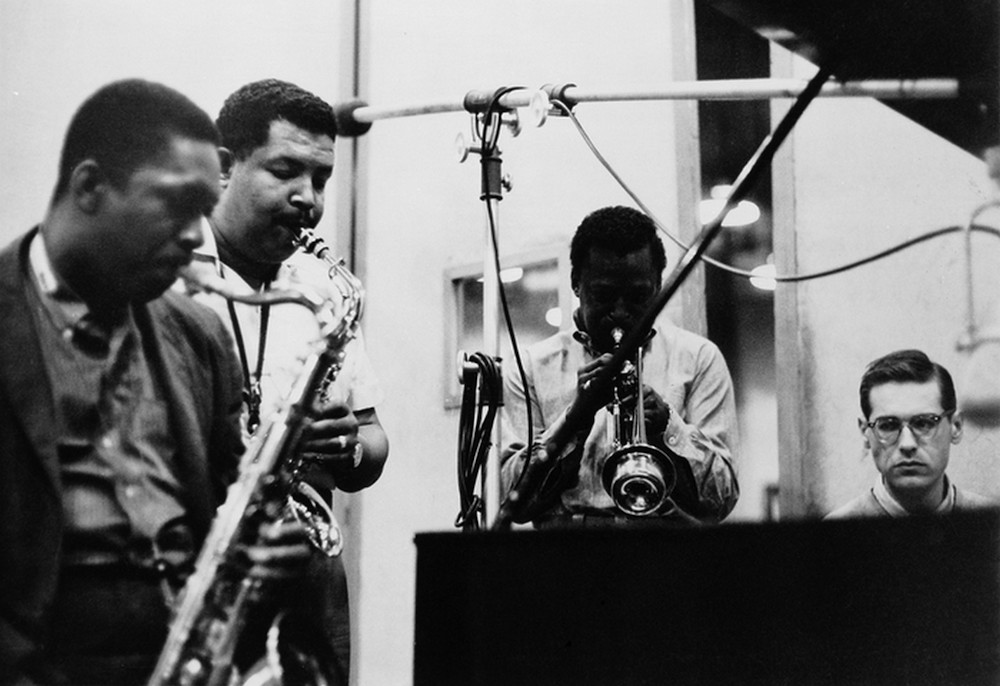 Sleepy Hollow’s Julian Booker and Keith Kelleher share the records that made 1959 so important.

Read their thoughts below:

As we prepare for this November’s playback of the XPN community’s continuing conversation regarding “the greatest year in music,” the folks here at Sleepy Hollow will be offering a glimpse into what we believe are five years that best exemplify not only popular music over the course of the last sixty-five years or so, but also, what we do here each Saturday and Sunday morning.

We begin with the final year of the 1950s: one that is not only dominated by the vocal stylings of doo wop groups (see: The Coasters, The Drifters) and pop crooners (Bobby Darin, Paul Anka), but boasts landmark releases from blues legends Howlin’ Wolf, Bo Diddley and John Lee Hooker, a career defining record that cemented Ray Charles’ exceptional musical vision, and, perhaps most importantly, a virtually incomparable collection of jazz recordings from the likes of Miles Davis, Dave Brubeck, Charles Mingus, and Ornette Coleman that would change the course of not only jazz, but popular music as a whole, for many, many years to come.

Kind of Blue is the most important recording, jazz or otherwise, to be released in 1959. Not only does it stand as one of the best-selling jazz albums of all time (over 4,000,000 copies in the U.S. alone), but its influence has been felt across the spectrum of music since it’s release in August of that year.

On the surface, the album is simply a great exercise in mood, with Davis and his band (that featured Bill Evans and Wynton Kelly on piano, Paul Chambers on bass, Jimmy Cobb on drums, and the remarkable combination of Julian “Cannonball” Adderley and John Coltrane on alto and tenor saxophone, respectively) creating a relaxed, but swinging portrait of jazz using minor tones and steady grooves.

But what the contemporary listener may forget is that this was a completely unprecedented approach to improvisation, with Davis virtually throwing out the concept of proper charts and traditional song structure in favor of a relentless dedication to modal tones, allowing the musicians the freedom to explore otherwise simplistic chordal combinations with an abandon that had previously not been realized (or perhaps even thought of). Anyone even remotely interested in music that utilizes improvisation (which, let’s face it, is, in a sense, virtually of it), owes a tremendous debt to Kind of Blue, without which we certainly would not have (at the very least) the blues and psychedelic informed rock and roll that so dominated the late ’60s and early ’70s. What’s more, this record is the very embodiment of what many of us have come to colloquially consider the essence of jazz music, and it is the entry point for many into the form itself. Timeless and endlessly inventive, Kind of Blue is simply, unparalleled.

“I Only Have Eyes for You” was not the first hit by The Flamingos, and the composition itself dates back some twenty five years before they recorded it, however the New York by way of Chicago-based doo wop group’s version of the song (which first garnered notice in the spring of 1959 on the radio right here in Philadelphia) is undoubtedly their greatest achievement, reaching #11 on the pop charts that year and still standing as a bonafide classic of the era.

Its magic, though, exists in its ability to stray from the conventions of contemporary music at the time of its recording, with producer George Goldner adding deep layers of reverb (perhaps foreshadowing Phil Spector’s use of the tool) over the group’s use of unorthodox harmony to move the song into a trance, allowing its interpretation to slide toward the ambiguous, and forever severing it from existing as just another simple love song. Its use in film and other artists’ fondness for re-interpreting The Flamingos version (Art Garfunkel had his first solo hit with the song in 1975) has only kept “I Only Have Eyes for You” in the cultural consciousness, and like a wonderful recurring dream, we welcome it again, and again.

While these two recordings do not share personnel or a common record label, Dinah Washington’s #4 hit “What a Diff’rence a Day Makes” and Ray Charles’ slightly less successful (but equally influential) The Genius of Ray Charles both serve as amazing examples of the two artists’ ability to blend the blues, r&b, jazz, and pop in a way that few ever even properly attempted, let alone did exceptionally well. The recordings’ dedication to string charts that do not drive the songs, but accent the jazz combinations that form their backbone manage to never sound over wrought or in the way, provided not a new, but  more complete template for popular song structure that would be felt throughout a variety genres (take one of our favorite country recordings, Brenda Lee’s 1960/’61 hit “Emotions,” for example). And the classics helped cement Washington and Charles’ reputations as two of the greatest vocalists of their (or any) era. While their experimentation with style and form would often lead to criticism that they were somehow sidestepping the “purity” of their origins, these releases by Washington and Charles not only offered essential additions to their own catalogues, but statements that would be felt in others’ music for years to come.

This #1 hit for the Washington-state based vocal group The Fleetwoods relies almost entirely on the group’s take on Everly Brothers-influenced close harmony, sung, yes “softly” over a subtle rhythm track and near-flamenco acoustic guitar. Cited by Billboard as the eighth-highest charting song of the year, “Come Softly to Me” is another recording that foreshadows Phil Spector’s much broader “wall of sound” experiments and also the girl group sound that Spector, and later Barry Gordy, would utilize to such success.