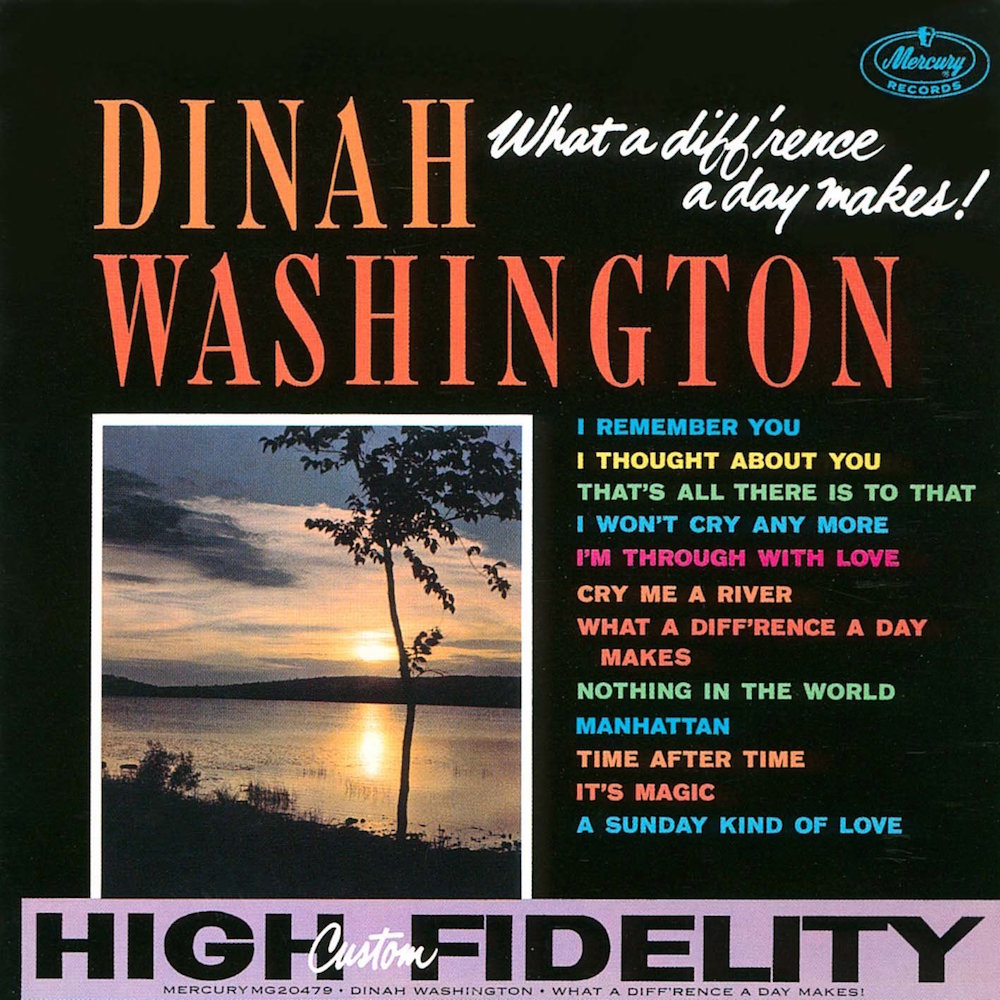 Sleepy Hollow‘s Julian Booker and Keith Kelleher walked us through 1959’s case for being the Greatest Year in Music last week, singling out Miles Davis’ Kind of Blue, The Flamingos’ “I Only Have Eyes for You,” The Fleetwoods’ “Come Softly to Me,” Dinah Washington’s “What a Diff’rence a Day Makes and Ray Charles’ The Genius of Ray Charles. On the last two, Booker writes:

While these two recordings do not share personnel or a common record label, Dinah Washington’s #4 hit “What a Diff’rence a Day Makes” and Ray Charles’ slightly less successful (but equally influential) The Genius of Ray Charles both serve as amazing examples of the two artists’ ability to blend the blues, r&b, jazz, and pop in a way that few ever even properly attempted, let alone did exceptionally well.

The recordings’ dedication to string charts that do not drive the songs, but accent the jazz combinations that form their backbone manage to never sound over wrought or in the way, provided not a new, but  more complete template for popular song structure that would be felt throughout a variety genres (take one of our favorite country recordings, Brenda Lee’s 1960/’61 hit “Emotions,” for example). And the classics helped cement Washington and Charles’ reputations as two of the greatest vocalists of their (or any) era. While their experimentation with style and form would often lead to criticism that they were somehow sidestepping the “purity” of their origins, these releases by Washington and Charles not only offered essential additions to their own catalogues, but statements that would be felt in others’ music for years to come.

Do you think 1959 was the Greatest Year in Music? Let us know in the comments or across social media with #XPNGreatestYear.