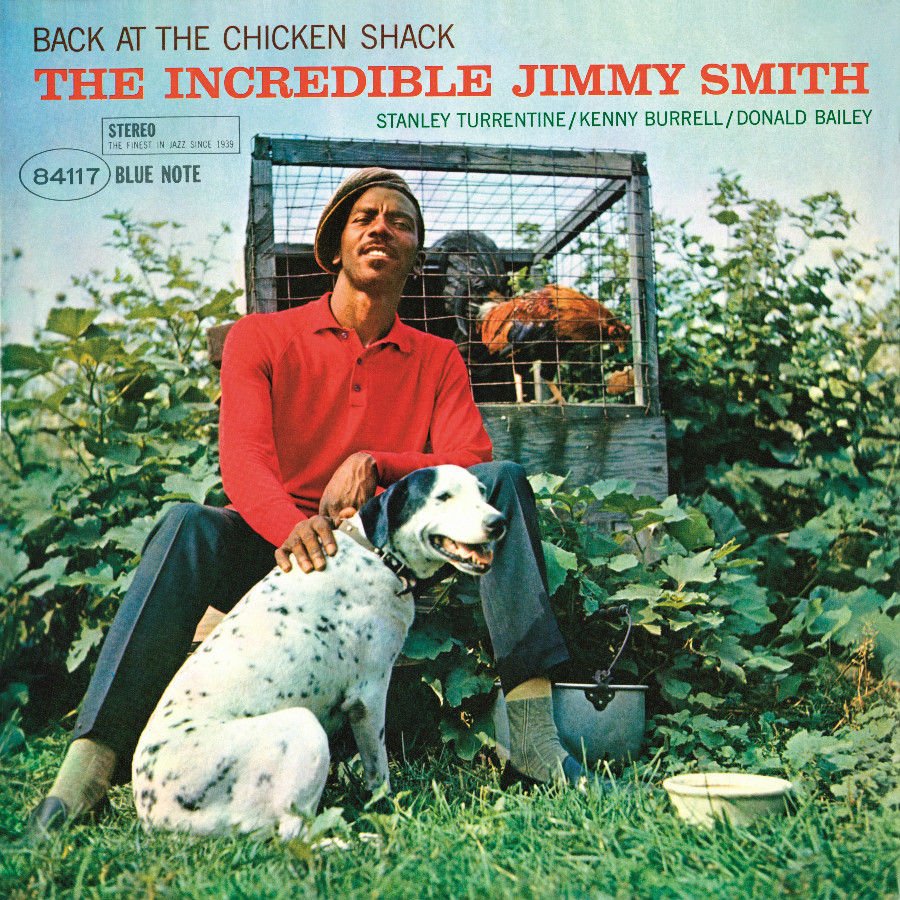 Sleepy Hollow’s Keith Kelleher and Julian Booker continue their profiles of potential Greatest Years in Music with a look at 1963.

Read their thoughts below:

As history would have it, 1963 will forever be remembered as the year The Beatles broke in their native U.K. With their Please Please Me and With the Beatles albums both reaching #1 across the pond, the fab four were now poised to take over North America with the January 1964 release of Meet the Beatles, and of course, their monumental performances on the Ed Sullivan Show in February of that year.

And while The Beatles rise to prominence would signal the start of the “British Invasion,” the American R&B music that the group so revered was still very much a fixture on the charts. The girl group sound was in full swing with hits from Leslie Gore (“It’s My Party,” “She’s a Fool”), The Angels (“My Boyfriend’s Back”), the Phil Spector produced Ronettes (“Be My Baby”) and The Crystals (“Then He Kissed Me,” “Do Doo Ron Ron”)–it should be noted that Spector’s classic A Christmas Gift for You was also released this year–and Motown’s Martha & The Vandellas (“(Love is Like a) Heat Wave”). The Vandellas’ labelmates Little Stevie Wonder and Marvin Gaye scored high chart positions with “Fingertips,” and “Pride and Joy,” respectively, while Chicago’s The Impressions (feat. Curtis Mayfield) offered up a #4 hit in “It’s All Right,” Memphis’ Rufus Thomas reached #10 with his “Walking the Dog,” and the young Georgia-raised soul man James Brown released one of the most important albums of his career in the classic Live at the Apollo.

Surf Rock and Folk were also pushing into the mainstream with The Beach Boys’ “Surfin U.S.A.” and “Surfer Girl,” The Sufaris “Wipe Out” and Jan and Dean’s “Surf City,” and many listeners’ introduction to the music of new folk hero Bob Dylan through Peter, Paul & Mary’s cover of “Blowin’ in the Wind” which made it all the way to #2 on the charts.

Barbara Streisand, Lee Hazlewood and Jorge Ben all released the debut albums that would set-up each of their essential and singular careers, and two of the most unique voices in jazz would reach new creative peaks: Charles Mingus with The Black Saint and the Sinner Lady & Mingus Mingus Mingus Mingus Mingus and Thelonious Monk with Monk’s Dream. Pete Seeger and Nina Simone each released classic albums recorded at Carnegie Hall (with Seeger also issuing the excellent Children’s Concert at Town Hall and Broadside Ballads, Vol. 2), and Johnny Cash offered one of the most enduring songs of his fifty-some year career in the classic, “Ring of Fire.”

With all of that in mind, here are five recordings that we at Sleepy Hollow believe are an exemplary representation of the importance that 1963 serves in the history of popular music–enjoy!

The Freewheelin’ Bob Dylan, which peaked at #22 in the US (and #1 in the UK) may not be everyone’s favorite Dylan record, but it might just be his most important. Of course, one could argue the same thing for say… Bringing It All Back Home, Highway 61 Revisited, Blonde on Blonde or Blood on the Tracks …but where Freewheelin’ differs is in the precedent that it set. One must remember how rare it was for a songwriter to have the kind of artistic freedom that Dylan was allowed at the time. Not only that, this was really his debut as such, with his 1962 self-titled release containing only two original compositions. And while “topical” songs like “Blowin’ in the Wind,” “Masters of War,” and “A Hard Rain’s A-Gonna Fall” would become essential rallying cries for America’s youth and civil rights movements, Dylan expresses so much more throughout the album’s 50 minutes, touching on love and its loss with supreme eloquence on “Girl from the North Country” and “Don’t Think Twice It’s All Right,” engaging in an entirely new surrealistic form of storytelling on “Bob Dylan’s Dream” and “Talking World War III Blues,” and exhibiting his deep understanding of blues, roots, and folk music on “Down the Highway” and his version of “Corrina, Corinna.” Still so early in his career, we hear just how advanced he already was as a lyricist and performer, and simply put, this record changed everything, and its reverberation is still resonant today.

If ever there was a work of music that epitomized the mood of Sleepy Hollow, it’s the eponymous John Coltrane & Johnny Hartman – with its lush tones to bathe the listener in melliferous-like muse, this classic stands as a testament to the power of restraint. Executed with command and coolness, the velvet-smooth baritone of Hartman and the controlled, laid-back tenor sax of Coltrane (who here found himself recording with a vocalist for the first time) complement one another so well, seemingly without effort, that it is a wonder what they could have accomplished had there been future dates in the studio. With bassist Jimmy Garrison, drummer Elvin Jones, and pianist McCoy Tyner, they weaved a spell that the listener would not soon forget .

While they both played in Dizzy Gillespie’s band in the late 40s, it wasn’t until March of ’63 that Hartman approached Coltrane after a date at Birdland and, in just one session, recorded ten songs with producer Bob Thiele at the Van Gelder Studio in Englewood Cliffs, New Jersey (Hartman reported that all were recorded in one take except for “You Are Too Beautiful” due to drummer Elvin Jones dropping his sticks). Covering such great songwriters as Irving Berlin, Rodgers & Hart, Sammy Cahn and Billy Strayhorn with classics like “They Say It’s Wonderful,” “You Are Too Beautiful,” “Dedicated To You,” and “Lush Life,” (some of which, critics say, are to be considered definitive versions to this day) the album was regarded as an instant jazz classic upon its release that July. It is, in this listeners humble opinion, one of the recordings that once listened to, one never forgets, and returns to experience again and again.

Sam Cooke’s Night Beat may not have garnered his biggest hits or record sales, but it stands as as good an album that the singer ever recorded. Flanked by a supremely talented band that included Wrecking Crew members Barney Kessel and Hal Blaine, as well as a sixteen year old Billy Preston on organ, Night Beat forgoes the orchestral ornament and unapologetic pop of many of his recordings in favor of the combo’s relaxed take on the blues. As a result, Cooke’s voice is able to dominate in a way that few of his recordings allow, particularly on the flawless arrangement of traditional “Nobody Knows the Trouble I’ve Seen,” which stands as a poignant commentary on the state of civil rights in America, predating his masterpiece “A Change is Gonna Come” by over a year. The album would reach #62 on the charts with Cooke’s version of Willie Dixon’s “Little Red Rooster” topping out at #11, but sadly it served as his penultimate statement: the singer would be dead by the end of 1964.

Brian Wilson takes his songwriting craft to a new, intimate level with the 1963 classic “In My Room,” which would portend to greater work on the album Pet Sounds just under three years later. Originally released as the B-side to “Be True to Your School,” the song peaked at #23 on the charts and gave an accurate reading of what it is to be a teenager wrapped up in one’s own psyche: to be safe and secure in the solitary place that is one’s room at that time in life is paramount. With “In My Room,” Brian Wilson and co-writer Gary Usher write a quintessential anthem for the baby boomers that would resonate for generations to come. The melody and harmony of brothers Dennis and Carl with Brian provide a lush lullaby with which one can still bask in to this day, cited as inspiration for countless musicians of many genres including David Crosby, John Cale and Tammy Wynette.

Jimmy Smith – Back at the Chicken Shack

Recorded during the same sessions that produced the almost as remarkable 1960 release Midnight Special, (The Incredible) Jimmy Smith’s Back at the Chicken Shack is a quintessential example of what would come to be known as soul jazz. More importantly, it fully integrated the Hammond B3 organ not only into jazz, but the popular consciousness. Along with guitarist Kenny Burrell, drummer Donald Bailey, and the young saxophonist Stanley Turrentine, Smith (of Norristown, PA) swings relentlessly through Romberg & Hammerstein’s “When I Grow Too Old to Dream,” Turrentine’s “Minor Chant,” and his own “Messy Bessy” in a style that owes equally to gospel music as it does jazz and blues. But it is the classic title track, also penned by Smith, that really steals the show, charting at #63 (quite a feat for a jazz instrumental in 1963…) and influencing generations of organ and keyboard players that extend far beyond the confines of “jazz.” For though Smith didn’t invent the use of the Hammond B3 organ in popular music, he certainly revolutionized the instrument, pushing its popularity and subsequent integration into rock and roll through artists like Billy Preston, Steve Winwood and Greg Allman. Smith would go on to record many more great albums throughout his life (his work with Wes Montgomery and 1972’s Root Down, the title track of which was later sampled by The Beastie Boys, chief among them), but Back at the Chicken Shack likely stands as the most soulful, and complete, statements of the late organist’s nearly fifty year career.