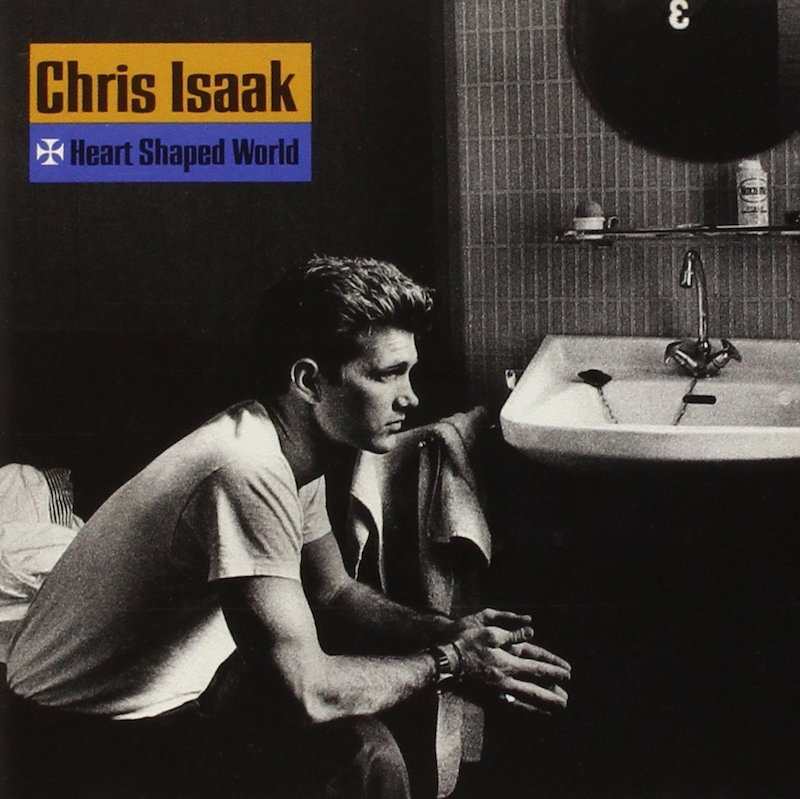 Tara Murtha on why 1989 was the Greatest Year in Music

We asked journalist and author Tara Murtha to pick her favorite year in music.

Tara Murtha is the author of a 33 1/3 Series book on Bobbie Gentry’s Ode to Billie Joe and reviews books for the Philadelphia Inquirer, among other things. Read her case for 1989 below and vote for your favorite year here.

k.d. lang and the Reclines – Absolute Torch and Twang

Up until I got hipped to this record years after the fact, I only knew Lang as a cultural icon, the lesbian chanteuse who posed with Cindy Crawford on the cover of Rolling Stone and crooned the decidedly VH1-worthy ballad “Constant Craving.” Then my mother-in-law Lauri turned me to the old stuff. With this record, you have to come for the cover of Willie Nelson’s “Three Days” but stay for the stunning collection of originals Robert Christgau described as “pretty metaphysical for country music.” Lang’s knack for paying sincere tribute to the classic country sound while simultaneously re-inventing it makes me wish she’d go back and do it again, now, in our current country-pop moment. A duet with Kacey Musgraves, perhaps, or maybe stage her iconic “Johnny Get Angry” performance at the VMAs.

No one really gave a shit about the debut album from this former-male-cheerleader-turned-roofer from Stockton, California until almost two years after the record was released, when a DJ discovered an instrumental version of “Wicked Game” on David Lynch’s Wild at Heart soundtrack (you may have missed it if you dropped dead in the middle of Koko Taylor’s soul-crushing “Up in Flames,” which is perfectly understandable). The story goes the DJ started obsessively playing the album version, which went viral (as the kids say now) and became a mega hit in 1991. The song then became hermetically sealed within the American psyche by way of a cinematic video featuring Isaak and supermodel Helena Christensen oozing a sexiness still not identified by modern science. And, of course, there’s that episode of Beverly Hills 90210 when Dylan and Brenda make up and make out in his convertible after professing their love, an exchange undercut to devastating effect by “Wicked Game” playing as the camera pans to the star-spangled night sky. It’s true: Nobody loves no one.

Behind the scenes footage: A couple years ago, I saw Isaak headline — if you could even use that word — at the Harrah’s Casino in Chester. I sat in the front row (obvi) on a metal folding chair as a horde of elder ladies rushed the stage, photographing him with those ridiculously giant iPads no one should use to photograph a concert, ever. This is the thing: he wasn’t worried about being cool. He wore his 35-pound suit of tiny mirrors like the handsome human disco ball he is and played some of the best Californified rockabilly this country has ever produced. Chris Isaak is the man, and his shows are parties, and all of you are invited. Also if anyone has The Chris Isaak Show on DVD please let me borrow it. Thanks.

I’m in the camp that thinks this is more valuable as a time capsule of a band in utero rather than an absolutely amazing record on its own, but that’s OK, I understand where you’re coming from because I dated you in college.

De la is essential. I still love it even though I went to a De la Soul show where they kept yelling at the audience for not dancing enough. I mean, I was dancing.

The sun was rising on a cool morning in the Pine Barrens circa 1994 just as a friend was coming down from LSD (whereas I was just coming in from a vigorous morning run and juicing organic vegetables, naturally), and she was in a daze or sorts and then suddenly urgently needed to know, “Who did this? Who made these sounds?” It was Ad-Rock, MCA and Mike D, of course, with their totally unexpected wrecking ball of a reinvention record Paul’s Boutique, the kind of rare album with dimensions that expand on each listen, occasionally swallowing you whole. If you haven’t read Dan LeRoy’s 33 1/3 book on this record, you should do so immediately. It’s the second-best book in the entire series!

1989 was a good year for commercial metal bands, especially ones with the word “white” in their names. This is fact. Just recently, though, I decided that I had been married long enough, was secure enough in our relationship that I could take a stand on long-held belief that “Once Bitten, Twice Shy” is a great fucking song. To my shock and disbelief, I was put on notice that not only was I right, but that there was empirical evidence: “Once Bitten, Twice Shy” was actually a song written by Ian Hunter in 1975! Who knew? Did you? Am I the only one who didn’t? I strongly recommend against checking out the version recorded by Shaun Cassidy in 1980. No one can survive.

Lou Reed may be a monster but he is our monster, and “Dirty Boulevard” is untouchable.

My friends from elementary school will be surprised to hear this because I played things close to my school uniform vest, but I did believe in love. Following Madonna’s advice, I wrote out a special choo-choo-choose-you style Valentine’s Day card to Mike Muniz, a classmate who I had developed a sudden and mysterious crush on for a few cold and isolating weeks in 1989. I had never kissed anyone, and certainly couldn’t imagine “making love until you can’t calm down” but I knew what Madonna meant: I did deserve the best in life. I don’t think I gave him the card, and we went our separate ways. Madonna understands that, too. Madonna always understands.

REM and the Throwing Muses play at the Mann Center

Were you there? Was it amazing?

In this clip, the Throwing Muses play “Dizzy” from their 1989 record Hunkpapa after an interview that sounds painfully familiar. “It seems like women are obviously redefining themselves and we come from I guess a post-feminist generation,” says Kristin Hersh. “There are all these women that keep saying, ‘Well I’m not feminist or anything’ and I’m like, well what are you? You don’t like women? You don’t think we should be anything?”

Who among us could have known that while we were listening to Lou Reed and k.d. lang and Madonna and the Beastie Boys, the very future of the entire music industry was being conceived, two cells then four, then eight, and so on, until that winter a baby was born who would grow into a young woman of preternatural songwriting talent and superior midriff, hero and villain, a white-hot blank space reflecting all the fears and fantasies of music industry types? Get over it. It’s a good record!