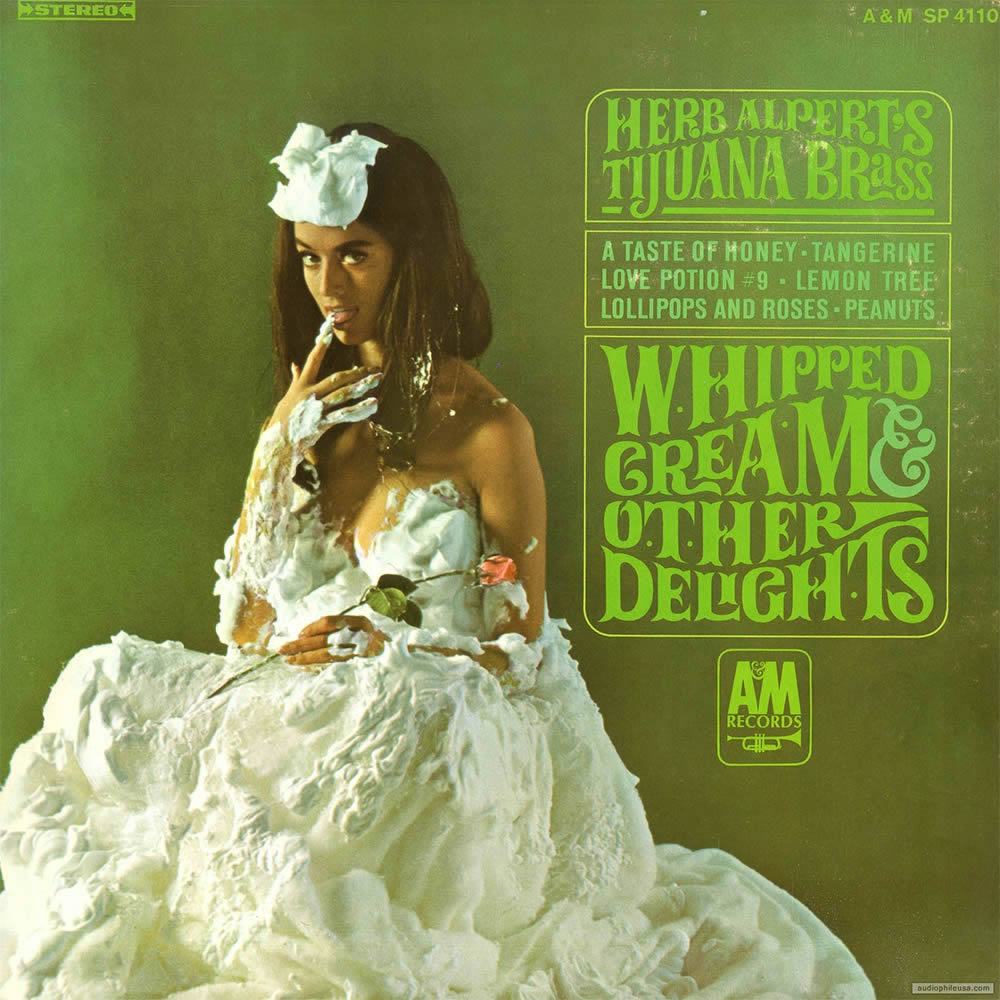 1965 was the official birth of “folk rock,” a term first used by U.S. press outlets to describe The Byrds.

But the folk rock revolution was most visibly in effect at the Newport Folk Festival in July when Bob Dylan made a last minute decision to play with a fully-amplifed band. The night has gone down in history as the moment American music culture changed, as fans reportedly booed Dylan for his choice to go electric. He had already released Bringing It All Back Home, though, which featured Dylan and and electric band on side-one.

Earlier in the year, Herb Alpert and the Tijuana Brass released Whipped Cream & Other Delights, featuring an album cover that is now a pop culture icon. The record became the band’s most popular effort.

Some of Motown’s biggest hits came out this year. The Supremes, Martha and the Vandellas, Four Tops and The Temptations had popular releases, while Smokey Robinson had writing credits on records by several bands (including non-Motown acts including The Zombies) in addition to his band The Miracles’ own album.

The Beatles released several records, including Help! and Rubber Soul.

It was a big year for debuts as well with introductions to The Who, Tom Jones, Bert Jansch, Marianne Faithful, The Lovin’ Spoonful, Four Tops, Herman’s Hermits, The Moody Blues, The Wailers, Merle Haggard, and The Shangri-Las.

Meanwhile, the Grateful Dead formed as The Warlocks in northern California before changing their name and going on to create their own cultural revolution that is still relevant 50 years later.

Could 1965 be the Greatest Year in Music? Let us know in the comments or across social media with #XPNGreatestYear.