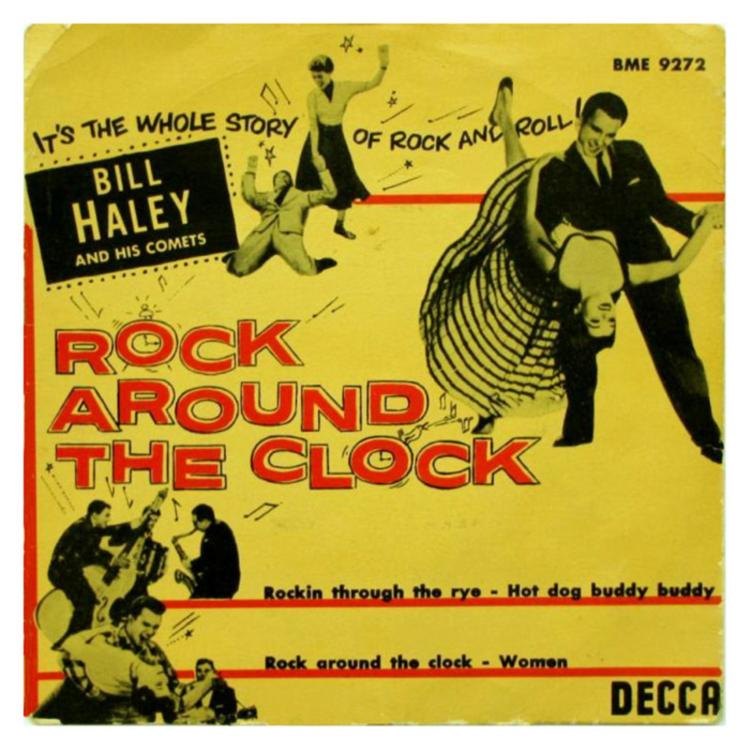 “Rock Around the Clock” puts rock ‘n’ roll on the map for good.

Obviously, a conversation about the Greatest Year in Music limited to those between 1955 and 2014 leaves out an immense history of the roots of music. But within the scope of this project, 1955 can be considered as the year that rock ‘n’ roll jumped into mainstream acceptance, laying the groundwork for popular music today.

Chester, PA’s Bill Haley & His Comets are often credited with the rock ‘n’ roll turning point thanks their 1954 recording of “Rock Around the Clock.” Despite originally appearing as a b-side to “Thirteen Women (and Only One Man in Town),” the track is now considered one of the genre’s most important recordings. It wasn’t the first rock ‘n’ roll song, and wasn’t even the first rock ‘n’ roll hit for Haley (1954’s “Shake Rattle and Roll” was an earlier international favorite) but the appearance of “Rock Around the Clock” in the Sidney Poitier film Blackboard Jungle sparked a teen revolution that just snowballed.

Listen to more top singles from 1955 below and tell us if it was the Greatest Year in Music in comments or across social media with #XPNGreatestYear.